The Istituto Nazionale di Ricerca Metrologica (INRIM) is the Italian National Metrological Institute and was founded in 2006 by merging the Istituto Elettrotecnico Nazionale “Galileo Ferraris” and the Istituto di Metrologia “Gustavo Colonnetti”, both founded in Turin (Italy) in the last century. INRIM staff is composed of 260 units (permanent and non-permanent) including researchers and administrative staff plus several PhD students. The institute, located in Turin, has also two laboratories in Pavia and Florence.

INRIM implements, maintains and develops the national standards of the seven base units of the International System of Units (SI)  meter, kilogram, second, ampere, kelvin, mole and candela – and their derivate units. The institute guarantees the traceability of measurements at a national level and their comparability at the international level. The metrology activity is supported by basic research and it is applied to several fields: material science, nanosciences, quantum optics, the development of novel measurement devices and studies on the fundamental physical constants. INRIM disseminates its research results with publication on peer-reviewed journals, conferences and exhibitions. It provides education and training to young researchers by means of PhD courses, grants and research fellowships.

In order to comply with the needs of industrial system, the institute has a structure dedicated to innovation and advanced technological services, which directly interacts with companies and provides consultancy, calibration and testing services. INRIM operates in support of the “Sistema Nazionale di Taratura” to ensure the dissemination of national standards and units.

The Quantum metrology and nanotechnologies division develops metrological science and nano technologies with attention to quantum applications (quantum electronics, quantum devices, and quantum measurements), atomic physics and photonics. In particular, the division performs metrological research in the field of atomic clocks and implements the standards of time and frequency, disseminating the latter by means of fiber link to industrial and scientific users; it pursues scientific research and provides metrological reference for the technologies based on quantum optics; it realizes and mantains the primary standards for the electric and radiometric units; it provides the time reference for Italy and contributes to the realization of the universal coordinated time (UTC) scale and International Atomic Time (TAI); it will provide time reference for the European geo-positioning satellite network “Galileo”. 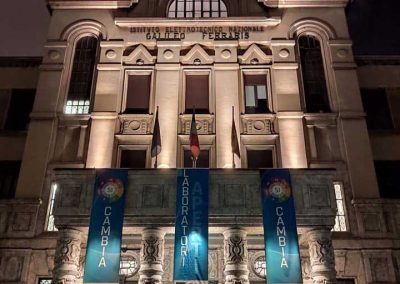 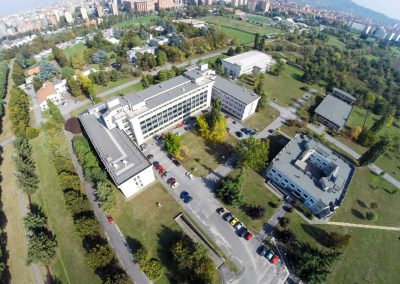 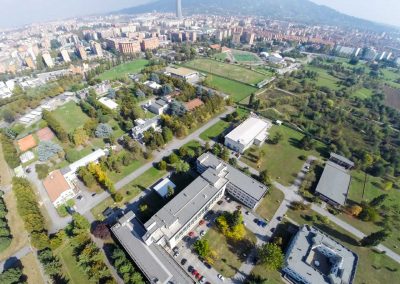 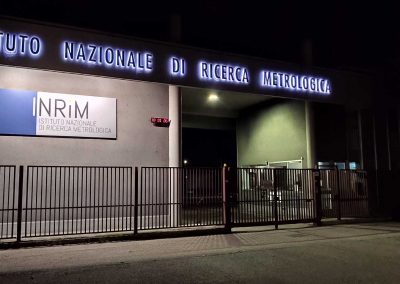