PiQuET – Piemonte Quantum Enabling Technology – is an applied research infrastructure with the aim of implementing and developing quantum micro and nano technology processes.

PiQuET originated from a winning proposal in the framework of the POR FESR 2014-2020 call (Action: I.1a.5.1 Misura: INFRA-P Sostegno a progetti per la realizzazione, il rafforzamento e l’ampliamento di IR pubbliche), implemented by the Piedmont Region. The proposal, which became a project, coordinated by the National Institute of Metrological Research (INRiM), with the participation of the Politecnico di Torino (PoliTo), in particular the Department of Applied Science and Technology (DISAT) and the Department of Physics of the University of Studies in Turin (UniTo), received initial funding of 6 Meuro (50% co-financed).

Its completion is scheduled for the second half of 2020.

PiQuET has the intent to be the regional reference center where scientific challenges and engineering problems are faced both in support of advanced research and industrial innovation in the field of micro, nano and quantum technologies, thanks to a consolidated know-how coming from the major scientific poles of the region. 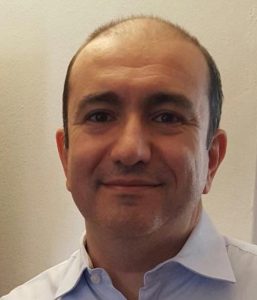 Davide Calonico is Senior Researcher at the INRiM, where he leads the Division on Quantum Metrology and Nanotechnology, about 80 people staff, organized in five scientific sectors covering quantum technologies with electrons, photons, and atoms, physics chemistry and nanotechnologies.

He contributed to realize the first Italian primary frequency standard based on a laser-cooled Caesium clock that regularly contributes to the generation of the International Atomic Timescale of the BIPM. He co-founded the research group on optical clocks, leading to the realization of two optical clocks: the Ytterbium optical clock, presently the most accurate clock at INRIM and a good candidate for the possible redefinition of the SI second; a Strontium clock (under development) empowered by atomic squeezing.

With his group he led the realization of a fibre-optic quantum backbone in Italy, 1850 km long, devoted to time and frequency dissemination and to quantum technologies applications, among them quantum communication and quantum sensing. This worldwide-recognized research infrastructure presently connects seven laboratories including facilities of CNR, INAF, ASI, and four major Italian companies. The backbone is connected to the forthcoming European network of fibre-optic links.

Since 2017, he is the chair of the Advanced Time and Frequency Technique Working Group within the Convention of the Metre. In 2019-2020, he chairs the Scientific Committee of the European Time and Frequency Forum, the most important conference in the field. Since 2019, he is member of the delegation within the European Commission for the development of a European Quantum Communication Infrastructure.

D.C. has been Marie Curie fellow at Ecole Normale Superieure in Paris. 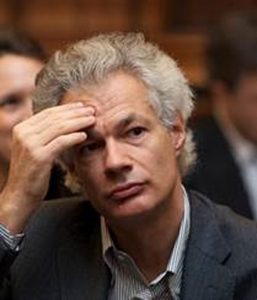 Candido Fabrizio Pirri is Full Professor of Physics of Matter at the Department of Applied Science and Technology of Politecnico di Torino. He is author or co-author of 4 patents, 15 book chapters and more than 330 papers published on International Journals (Scopus H-Index = 35, Citations > 4800). From 2003 to 2018 he was Coordinator, for Politecnico di Torino, of the International Master Degree in Micro- and Nano-Technologies for ICT (POLITO, INP Grenoble, EPF Lausanne, http://www.master-nanotech.com/).

Since 2001 he is responsible for the Chilab – Materials and Microsystem Lab of Politecnico (www.polito.it/micronanotech). In this framework C.F. Pirri is the scientific leader of a Group currently accounting 50 human resources including Professors, Researchers, PhD students, Research Assistants and Fellows. The Group has well-established technological and fundamental competences in the growth, characterization and processing of materials at the micro and nano-scale for the fabrication of MEMS, microsensors, Lab-On-Chip and micro- and nano-structures to target different application fields. The research activities are performed in collaboration with several Industrial Partners and Academic Institutions.

He was among the founders and Member of the Executive Board of 3 start-up companies.

Since 2009 he is Coordinator of the Italian Institute of Technology (IIT) Center in Turin and since 2018 Member of the Scientific Committee of the Metrologic Research National Institute (INRIM). 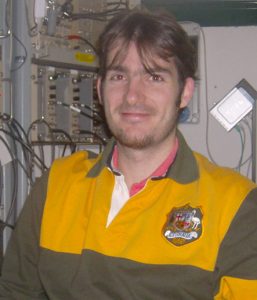 Paolo Olivero is Associate Professor of Physics of Matter at the Physics Department of the University of Torino. Within the Solid State Physics Group, he coordinates a research program aimed at developing innovative techniques for the micro/nano-fabrication and functionalization of artificial diamond, for applications in quantum technologies (single photon emitters, quantum sensors) as well as in cell biosensing. In this framework, he established an extensive collaborative network with numerous academic and research institutions, both at the national and international level, and he published >100 peer-reviewed papers (ORCID iD), 3 patent applications and gave 33 invited and 17 contributed talks at international conferences, workshops and advanced schools. He (co-)organized 1 meeting, 7 workshops, 3 conferences and 2 advanced schools on various topics in solid state physics.

Since 2003, he participated to 48 advanced school, workshops, conferences and specialist meetings.

Since 2005, he has coordination roles in 7 international and 13 national scientific projects and experiments.

Since 2006, he has been responsible for 6 research contracts and agreements with industrial partners, both at the national and international level.

Since 2017, he is the vice-director of the “Nanostructured Interfaces and Surfaces” inter-departmental center of the University of Torino.

He is a member of the Editorial Board of international peer-reviewed journal “Crystals“. He is a peer reviewer for 33 indexed international scientific journals.

Since 2012, he served as project evaluator for 4 international and 6 national research/academic institutions. He has been awarded with 9 prizes and recognitions at the national and international level, for his academic formation as well as his research activity.