The University of Torino (UniTo) is a long-established Italian University, founded in 1404 under the initiative of Prince Ludovico of Savoia-Acaia. With about 74’000 students and 3’700 academic and administrative staff, UniTo is one of the country’s largest and most prestigious universities. According to the ARWU international ranking system, UniTo is classified with the first 300 universities worldwide over a total of 1’200, together with 5 other Italian universities. Within the framework of the most recent national evaluation of the university system (VQR 2011-2014), UniTo is ranked within the first 3 universities in 9 scientific areas out of 16. The 27 departments of UniTo offer excellent opportunities for Italian and non-Italian academic staff, and its doctoral school provides more than 30 doctoral programs. This infrastructure is prevalently distributed within the urban area of Torino, and is organized into seven main “poles”, where both scientific and teaching activities are carried out (see this brochure for more information).

UniTo cooperates with international universities and institutions to develop joint research and education activities and foster professor and student exchange programs. UniTo is involved in over 600 formal agreements with universities in about 100 countries all over the world and in several international networks.

UniTo is extensively involved in scientific research and manages around 500 R&D projects per year, both at the national and international level. The broad track record of UniTo in the participation and contribution to the European strategic research agenda is based on 115 research projects funded within the 7th Framework Programme (33 of which coordinated by UniTo) and 114 funded projects so far in the framework of Horizon2020 (26 of which are directly coordinated by UniTo), and in 6 research infrastructure projects. 14 ERC grants have been awarded to UniTo researchers so far.

In the framework of of the PiQuET project, the Physics and Chemistry Departments of UniTo are committed to performing research on the functionalization, fabrication and characterization of nanostructured materials and devices, for applications in micro- and nano-technologies. In this context, the “Nanostructured Interfaces and Surfaces” (UniTo-NIS) inter-departmental center represents the common platform within which the above-mentioned Departments operate in coordination. UniTo-NIS was established in 2003 to join expertise and facilities from Chemistry, Physics, Neuroscience and Biology in a truly interdisciplinary research environment. It currently includes around 80 permanent research members, plus a large number of post‑doctoral fellows.

The Solid State Physics Group (UniTo-SSP) of UniTo-PD started its activity in the early 1980s in the field of semiconductor materials, with a specific applicative focus on photovoltaics and radiation detection. In the course of over 30 years, the group has significantly grown and gradually extended its field of interest to the study of micro/nano-structured materials and devices and to the development of new experimental techniques for the characterization and modification of advanced materials and art objects. In more recent years, UniTo-SSP established an articulated research program on diamond-based quantum technologies, with a specific focus on quantum communication (single photon sources) and quantum sensing (quantum-enhanced imaging, electromagnetometry, biosensing). This research effort is based on several research projects funded at extra-European, European and national levels, among which it is worth remarking: the coordinated research project F11020 “Ion beam induced spatio-temporal structural evolution of materials: Accelerators for a new technology era” supported by the International Atomic Energy Agency, two Euroepan projects (BeCOMe and SIQUST) funded within the H2020-EMPIR program, and the above-mentioned “Departments of Excellence” project. 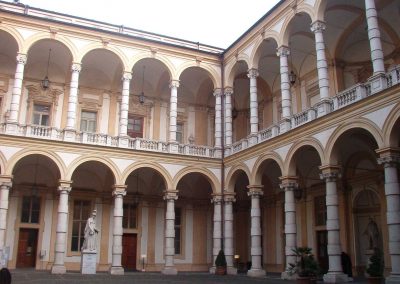 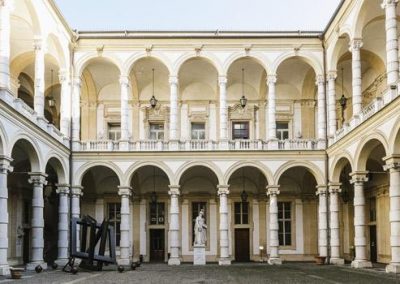